The aim of Breeze is to organise events promoting the excellence of professional traditional and contemporary artists and makers.  Impart understanding for people to learn about the design and technical elements of making and encourage appreciation and intelligent collecting, through providing a well-planned, accessible event. To include talks, workshops and demonstrations and attract a large and diverse audience for the artists, makers and galleries involved, to stimulate sales and commissions. The initiative is a not-for-profit event; any profits will go into establishing awards, residencies and apprenticeships for those developing their practice in the region. In 2017 Samme Charlesworth set up the organisation with the help of craft curator, Miranda Leonard.

Samme Charlesworth, born London, 1965, began her career working at the Condé Nast, home and lifestyle magazine, The World of Interiors, under the editorship of founder Min Hogg. Whilst at the magazine, Samme gained a particular experience of taking the publication on the road to trade shows in Milan, Paris, Frankfurt and to Decorex, London annually.

As a founding Committee Member of  The Chelsea Design Week, she lead the marketing and advertising campaign with the main sponsors The World of Interiors, at the launch and subsequent early years of this popular and unique event that has grown to become the London Design Week, Chelsea Harbour.

A keen traveller, she met her husband Timothy while she was on sabbatical working on Vogue Australia, Sydney. They settled back in London where she went to work at The Design and Decoration Building, Pimlico, with the talented Robin Guild, co-founder of Designers Guild and one of Britain’s most successful designers.

Nurtured by an artistic, talented family, whose business interests reach into creative sectors such as fashion design, textile manufacturing, antiques dealing, photography and most importantly British theatre, as theatre owners and theatrical producers. Samme went onto work with her family at the Theatre Royal Haymarket, London, before moving down to West Cornwall, whereas a director she has maintained her professional marketing and fundraising skills for the family business in support of activities such as Masterclass, a charity programme for youth stagecraft development.

For the last twelve years, she has been drawn back into the world of the handcrafted object, taking up four years of study before developing her practice as a ceramics artist, which she continues to enjoy today.

In 2012, Samme took up the challenge of becoming founding Membership Secretary for the newly launched chapter of NADFAS – The Arts Society West Cornwall. She is currently the West Cornwall Society Programme Secretary, arranging their annual lecture programme. 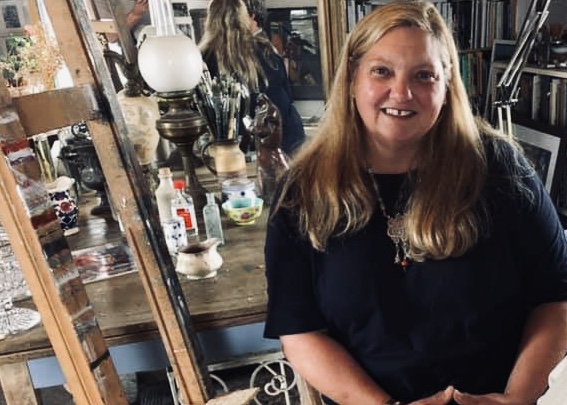 Visitor tickets from £7.50 for one day, which includes all talks and exhibitions.